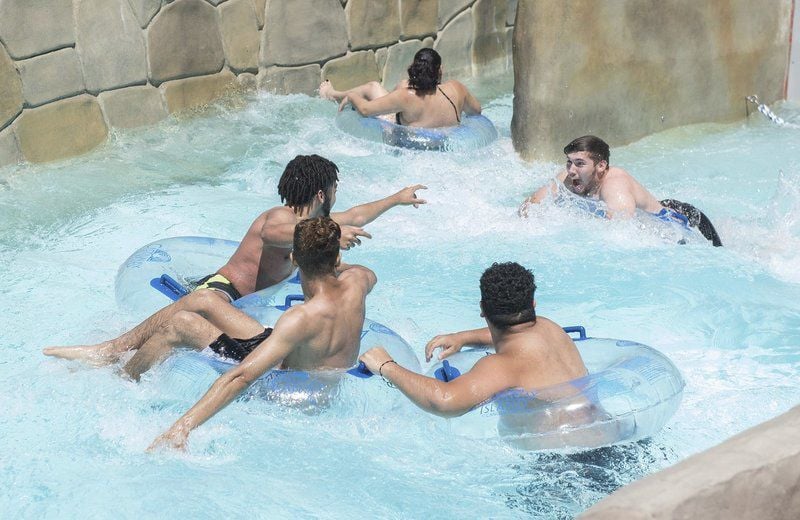 Guests enjoys the Tidal River at Canobie Lake Park’s Castaway Island, a new addition to the park with several water rides and attractions. 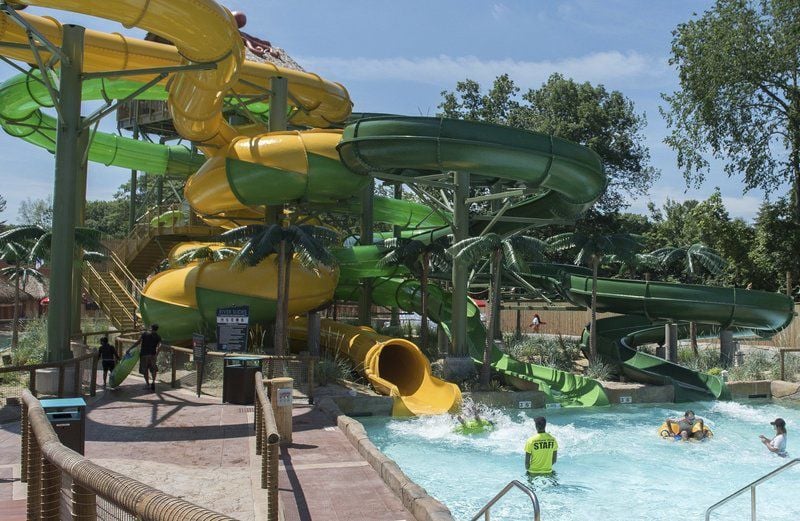 Guests enjoys the Tidal River at Canobie Lake Park’s Castaway Island, a new addition to the park with several water rides and attractions.

SALEM — Laughter and screams carry through the amusement park as people enjoy the rollercoasters and other rides.

Though it’s a more relaxed and beachy vibe at Canobie Lake’s new Castaway Island, the attraction is still thrilling.

The new addition is an expanded water park located toward the back of the property where the Canobie Express used to travel around an empty field.

Fenced off from the rest of the park, Castaway Island features three watersides, a tidal river, a kiddie splash pad, a tiki bar, a cafe and private cabanas to rent.

“It’s great to just sit in there for hours,” he said. “It starts off cold, but you can quickly acclimate.”

Tidal River’s waves are powered by a mechanism that uses gravity, he explained, pushing out waves about every 15 seconds. They circulate the water keeping people floating with or without tubes or life-jackets moving.

Park-goers are able to use single or double water tubes to enjoy the Tidal River or any of the slides solo or with a friend.

The new water additions build upon the park’s Rain Fortress — the original water jungle-gym. Constructed in 2005, it boasts more than 180 ways to get wet, Allen said.

“People asked for water rides on the surveys,” Allen said.

New lockers were installed where people can secure their belongings during the day. Also, more security guards were hired to help keep watch on items park-goers may leave on chairs or in cabanas while they play, Allen said.

The cabanas are rented daily for groups of up to eight people, and they have their own concierge service.

Open seven-days a week until the end of August, Castaway Island is included with admission. On July 10, Salem and Windham residents can take advantage of a special admission price. For more information and specials visit canobie.com.