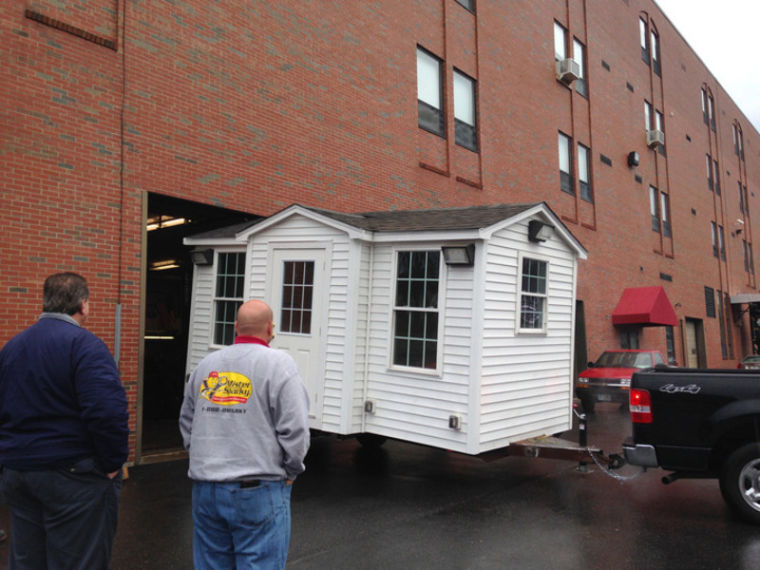 A new trailer is wheeled out of a bay at Pinkerton Academy. Students in the school's Career and Technical Education program built the new trailer for the Salem Exchange Club. 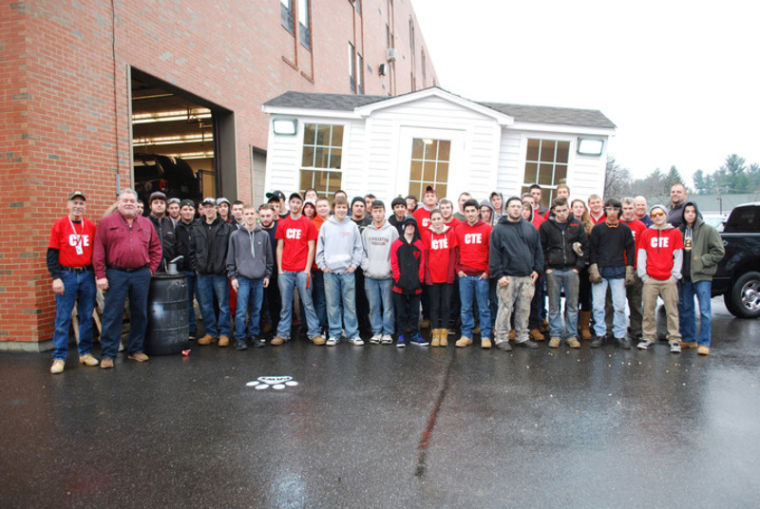 A new trailer is wheeled out of a bay at Pinkerton Academy. Students in the school's Career and Technical Education program built the new trailer for the Salem Exchange Club.

DERRY — Students in Pinkerton Academy’s Career and Technical Education program are lending a hand to help a neighbor in need.

The club’s former trailer was in need of a lot of repair, so Pinkerton stepped up to build a new structure.

“We started selling trees out of a camper about 25 years ago,” Salem Exchange member Larry Vandeventer said. “Then we got a used trailer and we were using it ever since. But it got so bad.”

That led the club to Pinkerton and its career program. Students in four different areas got on board to refurbish what was left of the original trailer.

The plan was to replace the floor and ceiling, but eventually the trailer was stripped down to the frame, new walls were built and new windows were installed.

The building also got all new electrical wiring, and welding students made a new trailer hitch and jack.

Pinkerton senior Bob Dufour, 18, said he wanted to continue learning all he could in his building construction classes and hoped for a future career in the field.

“We got to learn a little bit of everything,” he said.

Donations for the work came from Salem-area companies donating money and materials to support the trailer project.

The new trailer was rolled out last week with Exchange Club members and students on hand to see the final product.

“Everything is new,” Vandeventer said. “And we’re not falling through the floor anymore.”

The Salem Exchange Club is one of the oldest organizations in Salem, doing community work to support club charities including those in Derry including the Upper Room, local food pantries and families in need.

The club begins its tree sale this weekend.