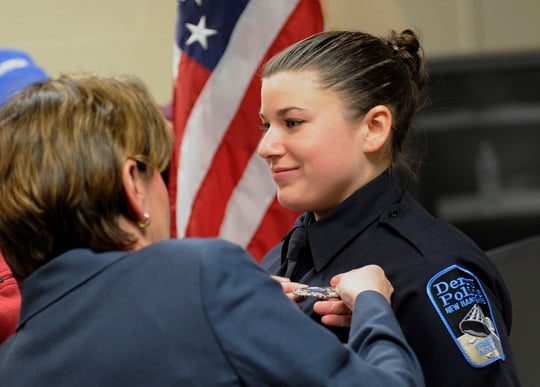 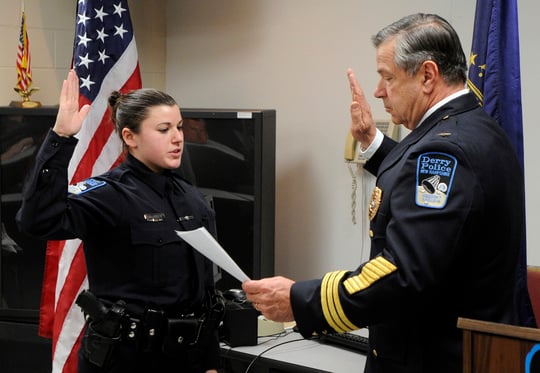 Derry police Chief Ed Garone swears in Erin Minihan as a new police officer on Friday at the police station.

Derry police Chief Ed Garone swears in Erin Minihan as a new police officer on Friday at the police station.

Erin Minihan, 23, received her police badge in a ceremony held at police headquarters.

She was sworn in by police Chief Edward Garone.

The Rindge resident is a graduate of Plymouth State University, with a major in criminal justice and two minors in sociology and anthropology.

She competed against 200 other candidates for the post, scoring high on a written test, and passed several other tests including physical, psychological, oral boards and an extensive background investigation. Minihan also had to undergo a chief's interview.

Minihan is currently attending the New Hampshire Police Academy with an anticipated graduation date of April 13.

Once that is completed, Minihan will have 12 weeks of field training before she can operate in Derry as a solo officer.

According to Sgt. Eric Kester, the department is at 55 officers, with no vacancies at the moment.